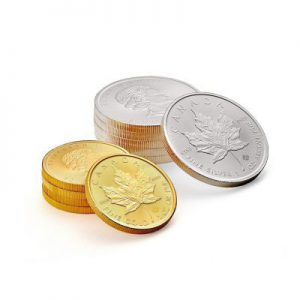 The gold bulls are out today as shorts cover and bargain hunters step into the market. The price of gold is up by nearly $40 per ounce and has likely squeezed many of the futures shorts out of the market. Today’s rally could set the stage for further price gains in the sessions ahead as the month of October gets underway. October is typically a month that exhibits rising volatility and this year may be no different. As stocks get clobbered on the final trading day of September, one has to wonder whether the declines are presenting a great buying opportunity or are simply a sign of what may lie in store for the month ahead.

The gold market is seeing a price spike even as the dollar hit a yearly high overnight. With prices back above the $1750 level, it raises the question of whether the bulls may be able to mount an attack on previous resistance at the $1800 level. With several major issues on the horizon, it is certainly a possibility that the gold bulls see further buying activity as fears over a U.S. debt default increase or as the Fed continues its recent talk of tapering.

The primary reason for today’s gold rally is commentary from Fed Chief Jerome Powell. The Fed Chairman stated today that employment remains far from full. This statement by Powell has apparently been viewed as being slightly dovish and could lead to dollar weakness and some rethinking about when the Fed may actually begin to tighten interest rates (if it ever does).

Powell believes that inflation is transitory and will come down. If employment remains below the central bank’s desired levels and if inflation is under control, the Fed would have significant room to leave rates very low and keep its accommodative

stance in place. This could be highly bullish for gold and bearish for the dollar.

Powell was not the only official moving the markets today. Treasury Secretary Janet Yellen again sounded the alarm over the debt ceiling. Yellen suggested that a failure to raise the debt ceiling in time could be catastrophic, resulting in an economic recession as borrowing costs rise and stocks fall. With the U.S. credit rating impaired, borrowing costs would likely rise across the board, increasing the cost of everything from mortgages to auto loans to credit cards.

The debt ceiling must not only be raised, but it must be lifted prior to the last minute. If Congress waits until the very last minute again (as it did in 2011) it could send financial markets sharply and rapidly lower. The shaking of investor confidence would almost certainly lead to a massive exodus of financial assets that could even include gold. The yellow metal could, on the other hand, also see a rapid rise in buyers that could send it well above previous all-time highs into unchartered territory. With no upside chart resistance to contend with, the gold market could very well see its value rise to $3000 or even $5000 per ounce or more in a short period of time.